“Every worker from the Blue Sky chimney sweep to the estimator to the owner was prompt, courteous, neat and told us exactly what would happen and when. They supplied photographs before and after. It was a class act!”
T.Y. Bloomington

“Blue Sky was prompt to conduct a comprehensive inspection of the chimney and its issues. Then the Blue Sky owner Dave promptly provided a bid and estimate for when they would be able to perform the work. We received two other bids and after comparing information provided by each, we selected Blue Sky. They commenced work in estimated time frame, met with us prior to setting the work site area up and addressed access needs we had for the house in the work area. They performed the work in the time frame projected, checked with us frequently on status, quality and any questions we had. The two lead workers on the project, Jeremy and Luke were professional, skilled and extremely courteous. They cleaned up the debris and promptly removed the discarded chimney materials. The finished work is excellent; they provided before and after photo images of the chimney and exceed our expectations. They were able to exactly match the original brick so the finished work both the new section and where they replaced individual damaged bricks looks great!”
B.D. Minneapolis

“I was worried about my chimney’s safety and so I called Blue Sky and they came out and did a professional inspection of my chimney and it turns out it just needed a cleaning is all. I was shown how to use my fireplace and am looking forward to using it this winter! Very good company!”
A.M. Eden Prairie

“The entire experience with Blue Sky was great. We had to have the top crown/cap replaced on our chimney because it was disintegrating and a couple of the flue tile were cracked so water would leak down the chimney in heavy rain storms. The communication and responsiveness was some of the best I’ve had dealing with contractors over the years. From the first call for an estimate to the final payment the whole thing could not have bee easier. Dave helped me sort out and compare a bunch of varying estimates for the work I needed done and in the end gave me a very fair price. The crew showed up as expected and quickly went to work tearing off the old cap and a few layers of flagstone to replace the cracked flues. They replaced the flues, rebuilt the chimney poured a new cap and waterproofed the whole chimney. They were in and out in less than two days and had I not seen them up there on the roof I’d have never known they were there. The workmanship is great and cleanup after the job was perfect. I wouldn’t hesitate to use Blue Sky again and I would recommend them to anyone.”
G.J. Eden Prairie

“When Blue Sky came out it was only $99 for a sweep and a camera inspection of my chimney. After getting quotes from other chimney companies this was by far the lowest cost. They were on time, polite, and seemed very knowledgeable. Everything around my fireplace was perfectly clean when they left. They even went up on the roof to check out the chimney to make sure it was fine on the outside too. I would definitely use them again in the future.”
R.T. Chanhassen

Take Survey & Get $10 Off Cleaning 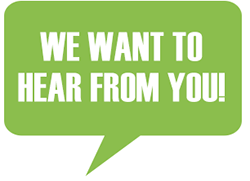